Ball gags may not seem like a beginner’s forte, but they are surprisingly not as hardcore as many perceive them to be.

It’s not surprising that a majority of people are a bit alarmed, or even scared, of ball gags. The image of an individual, mouth agape, fueled with emotions of humiliation, sadism, and fantasy can leave some disinterested.

Gags are primarily centered in the dominant and submissive dynamic in kink. The gag is a piece of bondage equipment which muffles a submissive partner. Since gags come in a variety of shapes and sizes, it’s best to understand which bondage piece should be incorporated into your S&M experimentation.

Let’s get down to the logistics of gags in the bedroom.

Since smaller gags can be worn longer, without as much pain, they work just as well as an intermediate ball gag.

What happens to someone when they wear a gag?
Ball gags are going to cause a lot of drooling. And guess what? That’s the majority of the appeal, for both submissive and dominant. Your mouth will not be able to swallow as easily and the drool becomes a mix of a turn on.

Visually, gags are stimulating, and they are emotionally vulnerable which adds to the D/s experience. For many kinksters, ball gags create a moment of animal instincts. Instead of having a pressure to moan, speak, or audibly describe sexual pleasure, the gag forces the submissive to simply feel the pleasure. 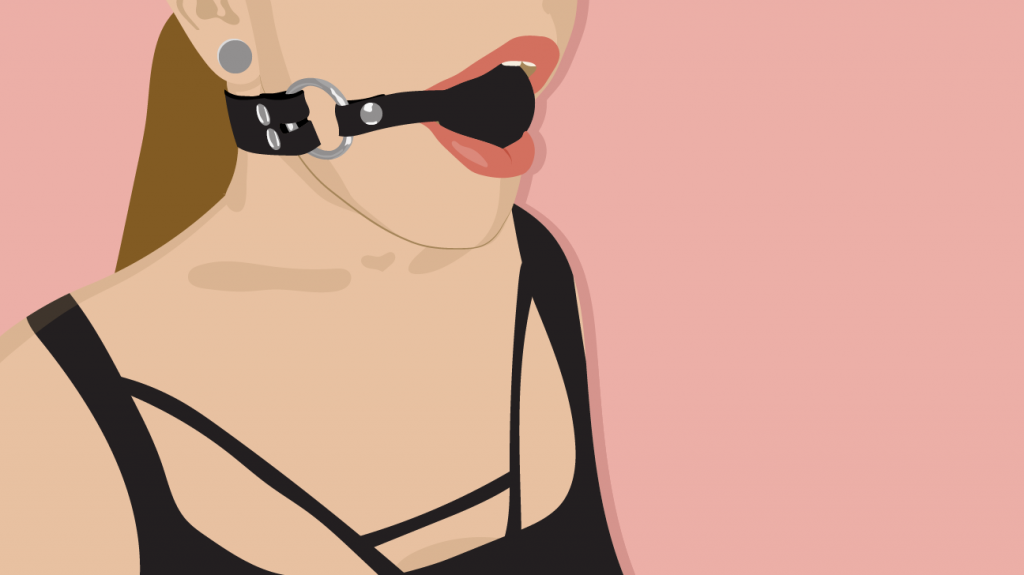 Keep in mind that ball gag play should be limited because the risk of removing speech and restricting your breathing should not be a constant element of your S&M scene. Kinky World advises that submissive should not wear their ball gag for longer than twenty minutes at a time. Since jaw muscles fatigue quickly, it’s important to make sure that your dominant is aware of the time. However, gags come in all shapes and sizes and can be customized to your specific liking.

What type of gag should you consider?
A first time user should definitely look into a small ball gag that can be easily adjusted. Many shops sell beginner gags with the idea in mind that the wearer will want to have a comfortable experience without stretching open their mouth too much, and with the strap fitting snugly but safely around their head. A beginner should be able to easily breath with the gag, as well as make sounds. Moreover, a body safe gag with a silicone ball is important for smoothness, softness, and cleanliness.

A traditional ball gag creates fullness for the person who is wearing it. Finding a gag that fits your mouth perfectly may take some time, especially as you move up in size and into intermediate or advanced gags.

Another option for a beginner isn’t a ball-shape at all but a cylinder shape gag, or bit gag, where a first-timer can chew on the shape most easily. This type of gag was originally worn for pony play outfits, where the submissive took over the roll of a horse. There are typically O-rings on the side of the bit gag where the dominant can gently interact. A plus side of a bit gag is that the submissive doesn’t open their mouth terribly wide and breathing is fairly easy.

Gags also come in several styles and colors, pink, purple, black, and red are just a small sample of what you can choose from when shopping for the bondage piece.

When you’re ready, moving up to intermediate and advanced gags can include large balls that completely prevent breathing and audible sound. Some gags include locks and metal mouth pieces. This, in time, may be what you and your partner are looking for after a beginner’s gag.

Let’s say you aren’t ready to jump into a ball gag just yet. Tie a scarf around you or your partners mouth to act as an easily removable and breathable gag.

Okay, you have a gag. Now what?
After you have decided on which special gag you want to use, whether homemade or store bought, you’re going to want to discuss communication with your partner. Before anything begins, a safe word or safe signal should be established. Make sure the submissive doesn’t have any sickness or illness that will cause a runny or stuffy nose, further preventing any breathing during the scene.

The submissive should hold the gag to their mouth as the dominant adjusts the straps behind their head. It may take some time to get a ball gag securely into the submissive’s mouth, depending on size. Since ball gags sit right behind the teeth, the submissive will have to apply some pressure to force the ball behind their teeth. 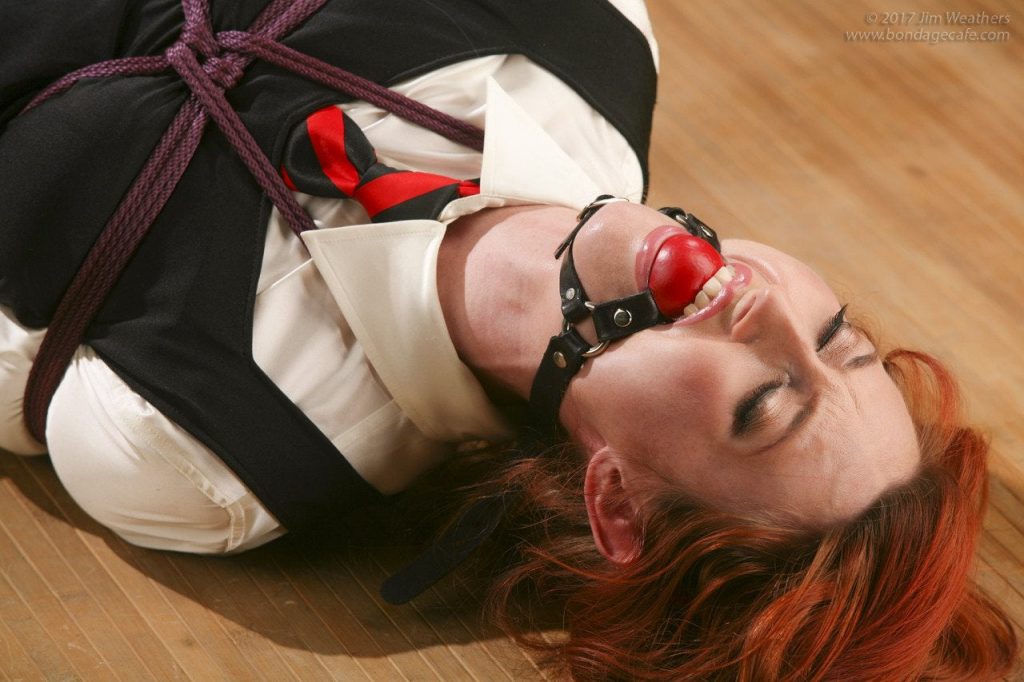 The dominant should strap the gag on while communicating with the submissive about tightness and secureness. For a first time use, a bit of a loose strap is fine, but you don’t want your gag to fall off during a scene.

After the gag is strapped on, the dominant should ask their submissive questions, even though their submissive cannot speak. This will begin to set the scene and create a playful experience for you as the gagged, or your gagged partner.

Remember to keep track of time to make sure that the submissive doesn’t become terribly fatigued with the gag on — checking in, looking out for signals, and being careful are all important characteristics of a beginners first time with a gag. As a beginner, you’re going to feel a bit sore and tired after wearing your ball gag.

After the scene is finished, simply take out the gag and clean it later.

And just like that, you’ve successfully been gagged and tied.